Posted on September 22, 2011 by messagefromthebeetle

Les Safranyik (Victoria, BC), Choi Won Il (Seoul) & Claire with other delegates on the park trail

With the rest of the delegates we were taken by bus on September 8 to the Irottkö park area on the Hungarian-Austrian border, northwest of Szombathely. After the previous day of sitting indoors, it was refreshing to walk below the spruce. There were places where we could observe some bark beetle damage in the park, which was interesting. From the top of the Irottkö tower on the border we saw where there used to be a clear cut swath during the cold war era, and it was a perfect site for a group photo. 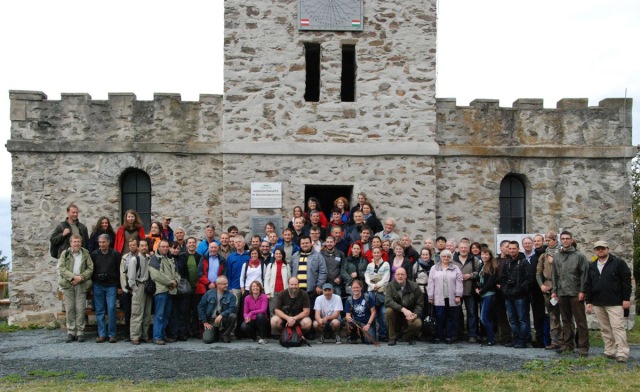 At the base of a dead larch tree, Sarah Smith of the Department of Entomology at Michigan State University found a big, beautiful predatory beetle! I think it’s Carabus intricatus. 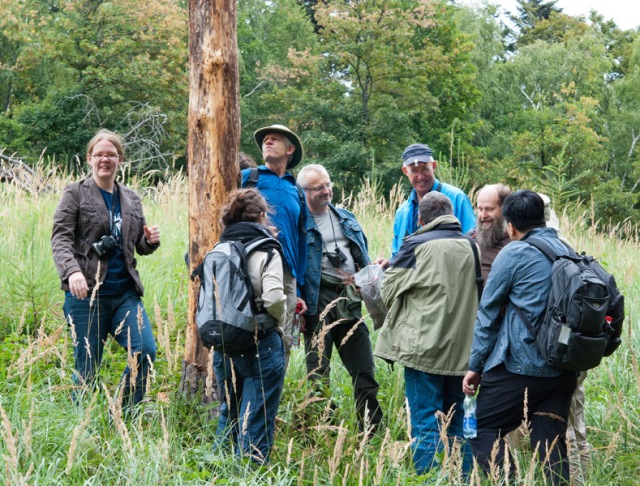 A swarm of entomologists examine a dead Larch tree 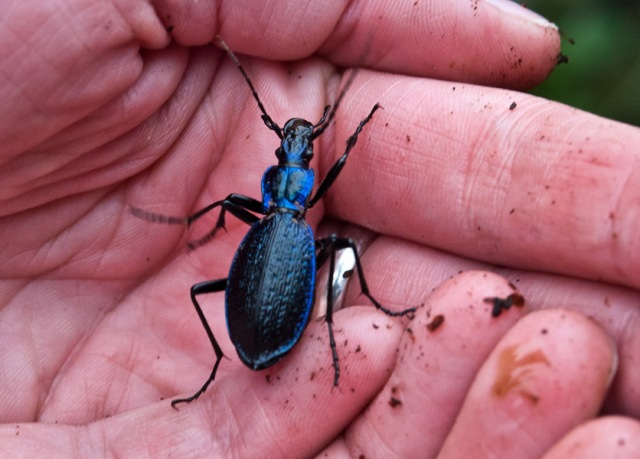 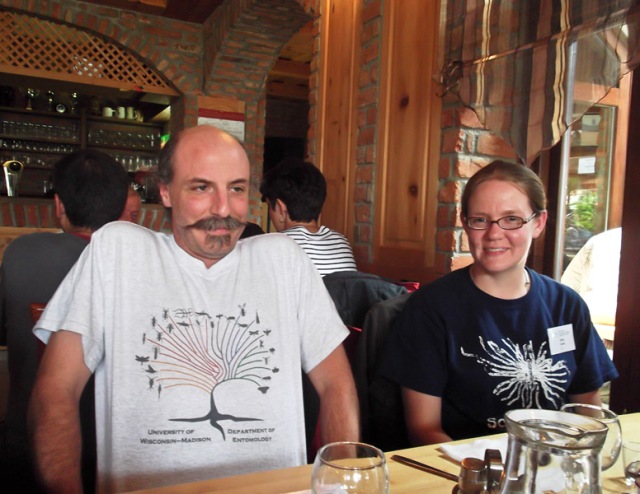 After a hearty Hungarian lunch in a restaurant, we visited an amazing nature centre in Sarród called the Kócsagvár or Egret Castle, with thatched roofs and a design influenced by the form of egret feathers. What a gorgeous structure.

Inside the nature centre

The Fertő-Hanság National Park connects Austria’s Neusiedler See National Park and Hungary’s Lake Fertő, which is the third largest lake in Central-Europe. Here we walked along a canal on the edge of a fine bird watching area. 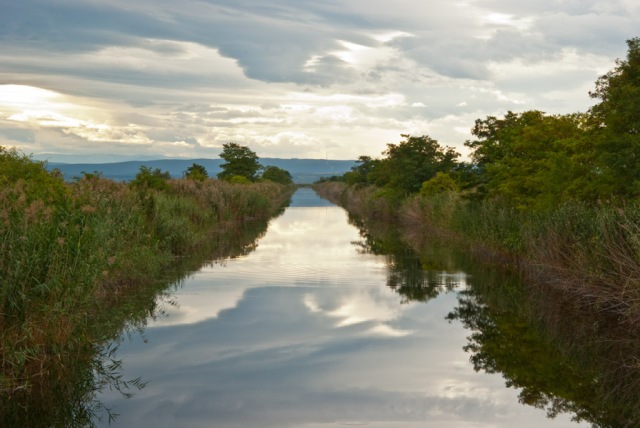 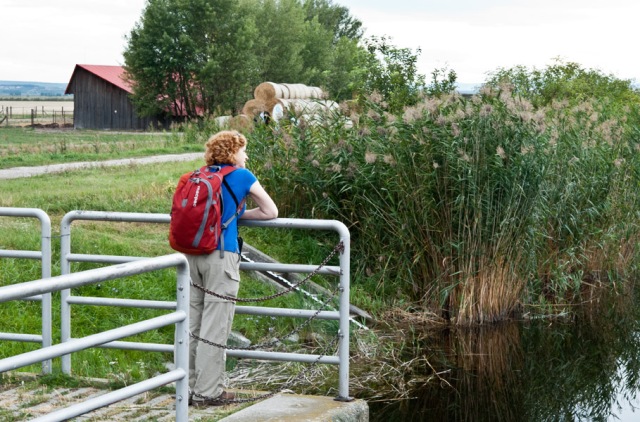 Our last stop was at the site of the Pan-European picnicwhich took place in 1989 and led to the fall of the Berlin Wall. A rather emotional place for the Hungarians and other East Europeans. 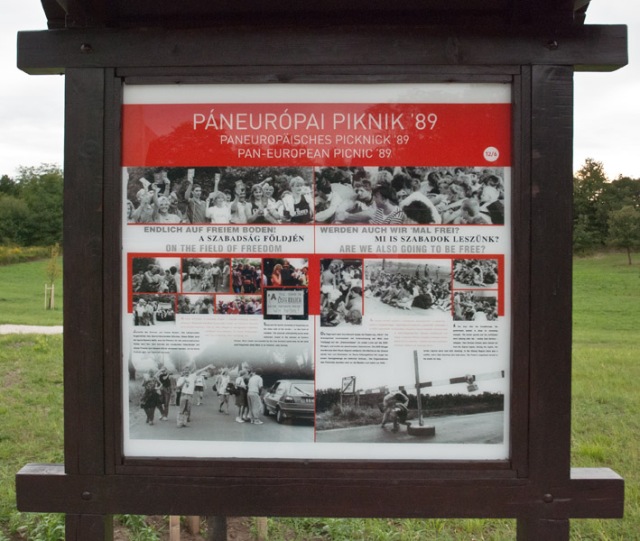 Display at the site of the Pan-European Picnic 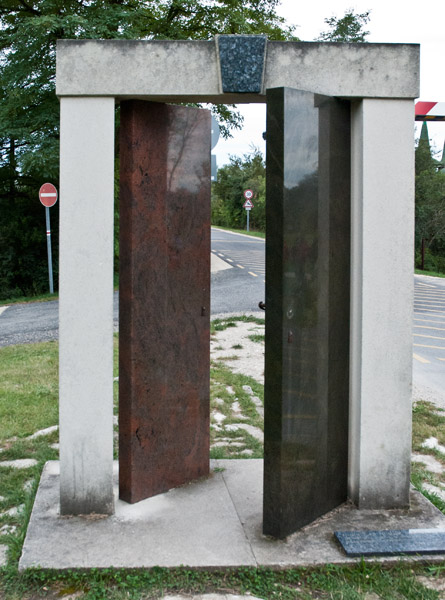 After we got back to Sopron, everyone met for supper at Erhardt restaurant. Wow. 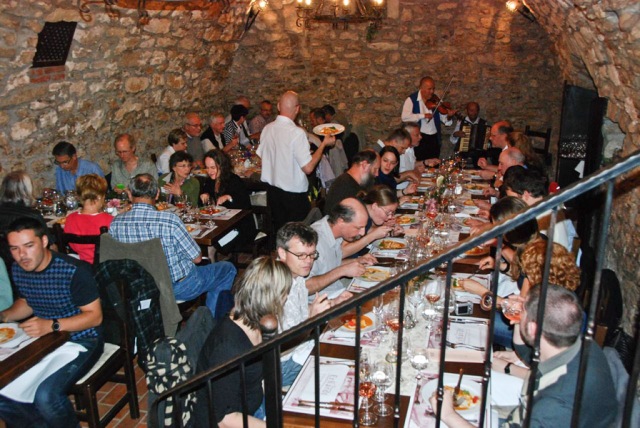